Under the direction of Dr. Felipe Montoya the Las Nubes Project mission is to contribute to community well-being in ways that are compatible and conducive to environmental conservation. Las Nubes does this through faculty and student research, environmental education, and through community engagement initiatives. By means of the Project’s permanent and long-term presence and relationship with local communities and organizations, Las Nubes aims to develop a grounded theory and praxis around the sustainability of healthy and gratifying rural lifeways respectful of, and in harmony with the natural environment.

Las Nubes Project was created by Dr. Howard Daugherty from the Faculty of Environmental Studies, after a generous donation made by a prominent Toronto physician, medical researcher and co-founder of the Canadian Liver Foundation, Dr. Woody Fisher to York University.

The following year and in honour of Dr. Woody Fisher, the Faculty of Environmental Studies created the Fisher Fund for Neotropical Conservation to protect this rainforest’s habitat through an agreement with Costa Rica’s Tropical Science Center.

Dr. Woody Fisher’s contribution to Las Nubes did not stop with the donation. Each year and until 2017, Dr. Fisher and his wife, Mrs. Valerie Grant, helped FES to raise funds by hosting a wine auction.

The Fisher Fund for Neotropical Conservation supports the protection of the biological and ecological values of the Las Nubes Rainforest and adjacent area in southern Costa Rica. The Fisher Fund has made significant achievements in research and conservation programs in biodiversity protection, rural sustainability, environmental education in local schools, and the use of Geographic Information Systems and remote sensing as decision-support tools for environmental management.

In 2010, after the passing of Dr. Daugherty, FES started a search for a new director. In 2012, Dr. Felipe Montoya was hired by York University as Las Nubes Director, Chair of Neotropical Conservation and FES Professor.

Since 2012, Dr. Montoya has worked to secure new pieces of land, including four lots in front of Las Nubes and a property on the other side of the road from the EcoCampus, expanding the efforts to protect land in the Alexander Skutch Biological Corridor. Dr. Montoya also created ExpoCOBAS in 2013 (formerly known as the Alexander Skutch Festival) as a way to bring closer the communities within the corridor and the Canadian students participating in the field course. Since then, the festival has grown exponentially and local community members have taken over the organization, coordination and management of this regionally known festival. One of the most notorious accomplishments of Dr. Montoya has been the expansion of the educational programs in Costa Rica. In 2014, he invited Dr. Ravi de Costa to teach a course along with the regular Costa Rica field course. Two years later, they applied for funding to expand the program to a full semester, giving birth to the Las Nubes Semester Abroad. With an increased student interest and participation, Las Nubes Project hosts two programs, one during the Reading Week and one during the Summer term. 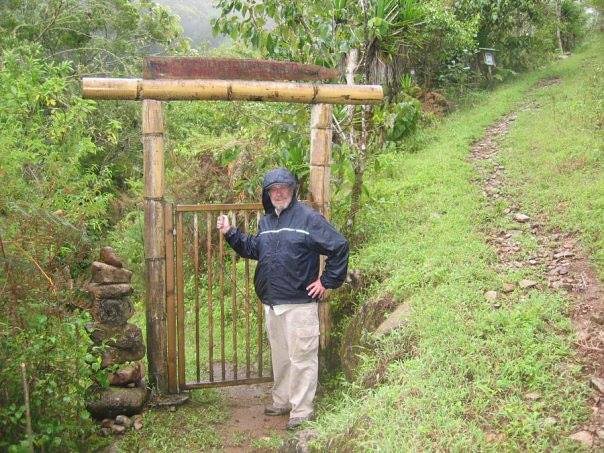 The Las Nubes Project is comprised by a group of dedicated people, including local stakeholders, research associates and York University professors.

The disciplinary diversity of the FES, as well as an affinity with its goals, especially those having to do with environmental integrity, social justice and human livelihood improvement and wellbeing brought me to FES. For the last 20 years I have been working in the field of community “development” and environmental conservation in the Neo-tropics, principally in Costa Rica, and this is what I hope to share with students and colleagues at FES. The challenges are ever greater in this field, but it is my hope and belief that together we can make a difference, change the world for better.

Her previous work has gone from analyzing the behaviour and habits of Giant River Otters in the Colombian Amazon to exploring conservation and management strategies of endangered species of sea turtles in the Colombian Caribbean. Ana Maria also holds a Master’s in Environmental Studies (York University), a Specialization in Environmental Law (Externado of Colombia University) and a Bachelor’s in Marine Biology (Jorge Tadeo Lozano University).

Grettel was born and grew up in Santa Elena, Perez Zeledón, in her dad’s farm. She is currently finishing her secondary studies and has undertaken various training workshops in environmental education. Grettel started to work with York University in April 2016.

Luis Angel is the staff member who have worked for Las Nubes Project the longest. His involvement with the project began in 1999 and continues to date. As an active member of the community, Luis Angel participated in youth developmental programs organized by the Tropical Science Centre in the mid 1990s. His passion for environmental issues, has made him a liaison between the community and the government (both at the local and national levels). Luis Angel is knowledgeable in ornithology and botany.

Diandra has a degree in tourism from the University of Costa Rica, with certifications by the INA and the ICT. She was born in Perez Zeledon and has been working with Casita Azul since 2016 developing educational programs for the local communities.